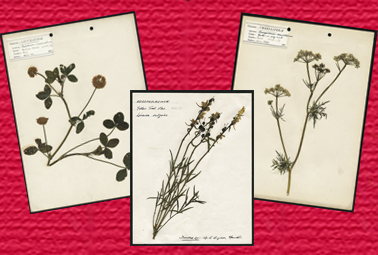 The illustrious society can trace its beginnings back to 1891 when the first Hamilton Field Club was set up.  The current club dates from 1960 and was renamed Hamilton Natural History Society in 1965 with Sidney as its president.

The herbarium was gifted to the museum service by the society to be made available for research and study.

Due to the fragility of this important collection the herbarium has been digitised allowing greater access than previously possible.  It can be accessed through our online collection.

Currently on display in the Reference Library, Hamilton Town House.