The Scottish Youth Parliament has been set up to act as the voice of young people in Scotland.

It offers young people aged between 14 and 25 the opportunity to get involved in the decision making processes in Scotland and the UK. The SYP has 200 members, elected from local youth forums or national youth organisations, and from young people who have stood as individuals.

During election time temporary polling stations will be set up in South Lanarkshire secondary schools, where South Lanarkshire's Youth Learning Services team will be on site to provide information about the candidates and give young people the opportunity to cast your vote. 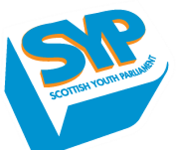