Voting information from South Lanarkshire Council Local Government Elections is now available if you want to know how voters ranked the candidates in order of preference. There is one report for each ward.

The figure '0' means that there were no more preferences given to any candidate by voters who used this sequence. The final '0' on the last line shows that the report has finished and no more sequences were used. 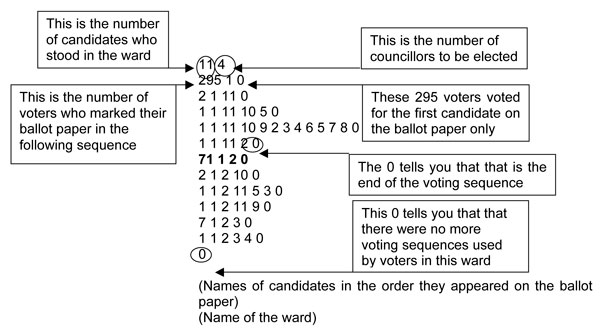