Harry Lauder has a long association with Lanarkshire, but the Sir Harry Lauder collection holds significance nationally and internationally.  Harry started to gain his reputation as a comic-singer when he moved to Hamilton as a boy to work in the coalmines. He toured Scotland, Britain and eventually the world, portraying numerous Scottish characters to increasingly large audiences.

The characters and songs Lauder created helped him become the highest paid entertainer in music hall history. He was the first British entertainer to sell one million records and a key figure in the development of music hall and variety theatre entertainment.

Lauder returned to Lanarkshire in the 1930s and spent his retirement years living at his purpose-built home, Lauder Ha’ in Strathaven.  He died in 1950 aged 79 and is buried in Bent Cemetery in Hamilton.

The Sir Harry Lauder Collection is recognised as one of Scotland’s Nationally Significant Collections, awarded by Museums Galleries Scotland on behalf of the Scottish Government. 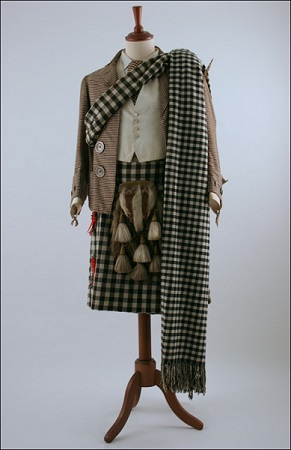 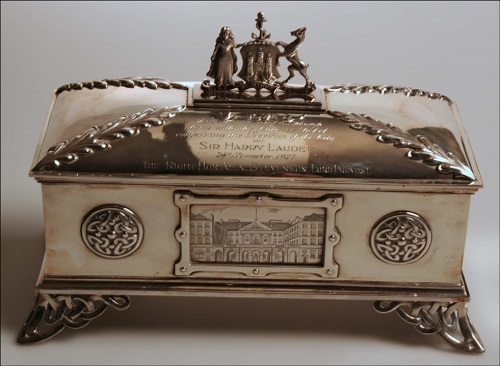 You can explore many items from the Sir Harry Lauder collection by visiting our online collection.

Also, look out for temporary displays, exhibitions and events at Low Parks Museum! 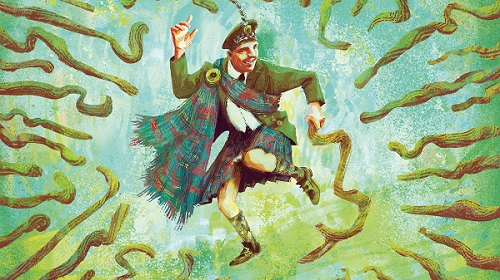